Scarlett Sabet is a London based poet and performer. She wrote, directed and starred in her poetic short film “Burning” which was produced by BAFTA winning producer Charlie Hanson in 2012. Her first collection "Rocking Underground" was launched with a reading at the Chelsea Arts Club in November 2014.

Her second collection "The Lock And The Key" was launched with a reading at Shakespeare and Company in Paris in July 2016. In October 2016 GQ online released a video of Scarlett performing her poem Feathers at Leighton House to celebrate National Poetry Day. In September 2016 Sir Van Morrison invited Scarlett to perform at Aspects Literary Festival in Belfast.

In January 2017 Scarlett was interviewed and gave a reading for the radio program "Van Morrison And Me" hosted by journalist John McCarthy for the BBC World Service, also featuring Sir Van Morrison, Brian Keenan and novelist Ian Rankin. In April 2017, Scarlett was invited by poet and Professor Dr. Dan Chiasson to give a reading at Wellesley College in Massachusetts. In May 2017 Scarlett was nominated for the Jerwood Compton Poetry Fellowship. In December 2017, Scarlett gave a reading and her humanitarian and political poems were exhibited alongside acclaimed photographer Jim Marshall's work for the Peace and Light exhibition at The Troubadour in London.

In March 2018 Scarlett launched her third collection of poetry Zoreh with a poetry reading at the iconic City Lights bookstore in San Francisco. Scarlett's conversations and interviews with beat poet Anne Waldman and publisher Alexandra Pringle were published in Violet Book.

Scarlett launched "Camille" a collection of almost 50 love poems on Valentine's Day at Shakespeare and Co in Paris, 2019. Interviewing Scarlett for the launch of Camille, Hunger magazine hailed Scarlett as "one of the brightest new stars on the international poetry scene, Scarlett Sabet has become renowned for her beautiful prose and emotive poetry readings" and placed Scarlett on their list of new-gen poets to watch in 2019.

In October 2019, Scarlett released Catalyst, a radical spoken world album, available on vinyl and all streaming platform. Catalyst features seven poems written and performed by Scarlett, the album was produced by the legendary musician and producer Jimmy Page, who creates a visceral sonic landscape from the poems, creating a new poetic form and language.

In June 2020, Scarlett's interview with acclaimed poet and photographer Gerard Malanga was published in London's oldest literary journal The London Magazine. The London Magazine also published Scarlett's essay "Wholly Communion" on the ground breaking 1965 poetry reading at the Royal Albert Hall. Scarlett also developed a weekly Sunday poetry reading on Instagram, with the aim to share the power of poetry and to continue to try and make poetry an accessible art form for all, despite the global pandemic and lockdown

Scarlett has performed at the Aspects Literary Festival, and No Alibi’s bookshop in Belfast, Northern Ireland and Listowel Literary Festival in Ireland. She has performed at Byline Festival in the U.K. In London she regularly read at the historical literary venue The Troubadour, and the Poetry Society's Poetry Cafe. Also, in London Scarlett had read at the William Morris Gallery, the World's End Bookshop, Burberry, Paul Smith, The Groucho Club, Mortimer House, The Rosemary Branch Theatre, The Southwark Playhouse, Atlantis Bookshop, Leighton House Museum, and the Handel&Hendrix Museum. In New York, Scarlett has read at KGB, Bowery Poetry, Berl’s poetry bookshop. In Massachusetts, Scarlett has read at the prestigious Wellesley College, and at The Town and The City Festival, a festival created to celebrate Jack Kerouac's life and work, held in his hometown of Lowell. In Seattle, Scarlett has read at Elliot Bay Books and has also given poetry readings and workshops for teenagers in the youth program enrolled at Paul Allen's MOPOP Museum. In San Francisco Scarlett has read at Lawrence Ferlinghetti's iconic City Lights bookshop.

Sylvia Whitman of Shakespeare & Company, stated "Scarlett Sabet's poetry is mystical and dreamlike, while also grounded in the gritty realities of our world - in the struggles of women, in friendship, in love that lingers and love that's lost, in the dissolution of childhood and in the tragic consequences of war. If you haven't seen Scarlett Sabet perform, seek her out as soon as you can, and be captivated by her words and presence."

Poetry critic for the New Yorker, Professor Dan Chiasson has described Scarlett as "one of the brightest new stars in poetry’s firmament".

Sir Van Morrison commented on Scarlett's poetry: "What strikes me about Scarlett's work is that it's very cutting edge and it's making poetry interesting again. I love both the intensity and the spiritual aspect she conveys." 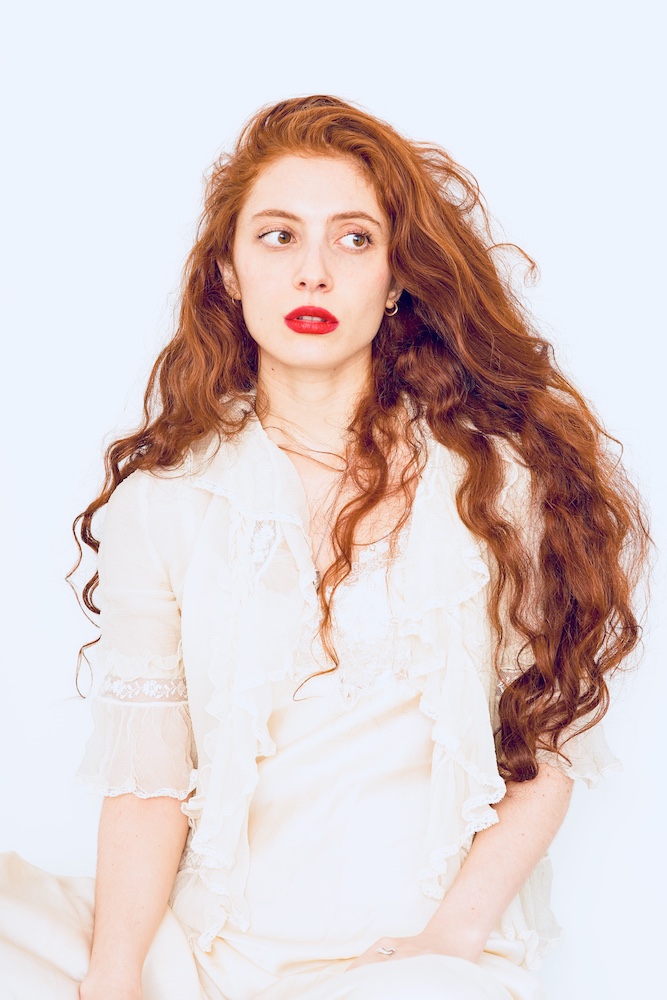