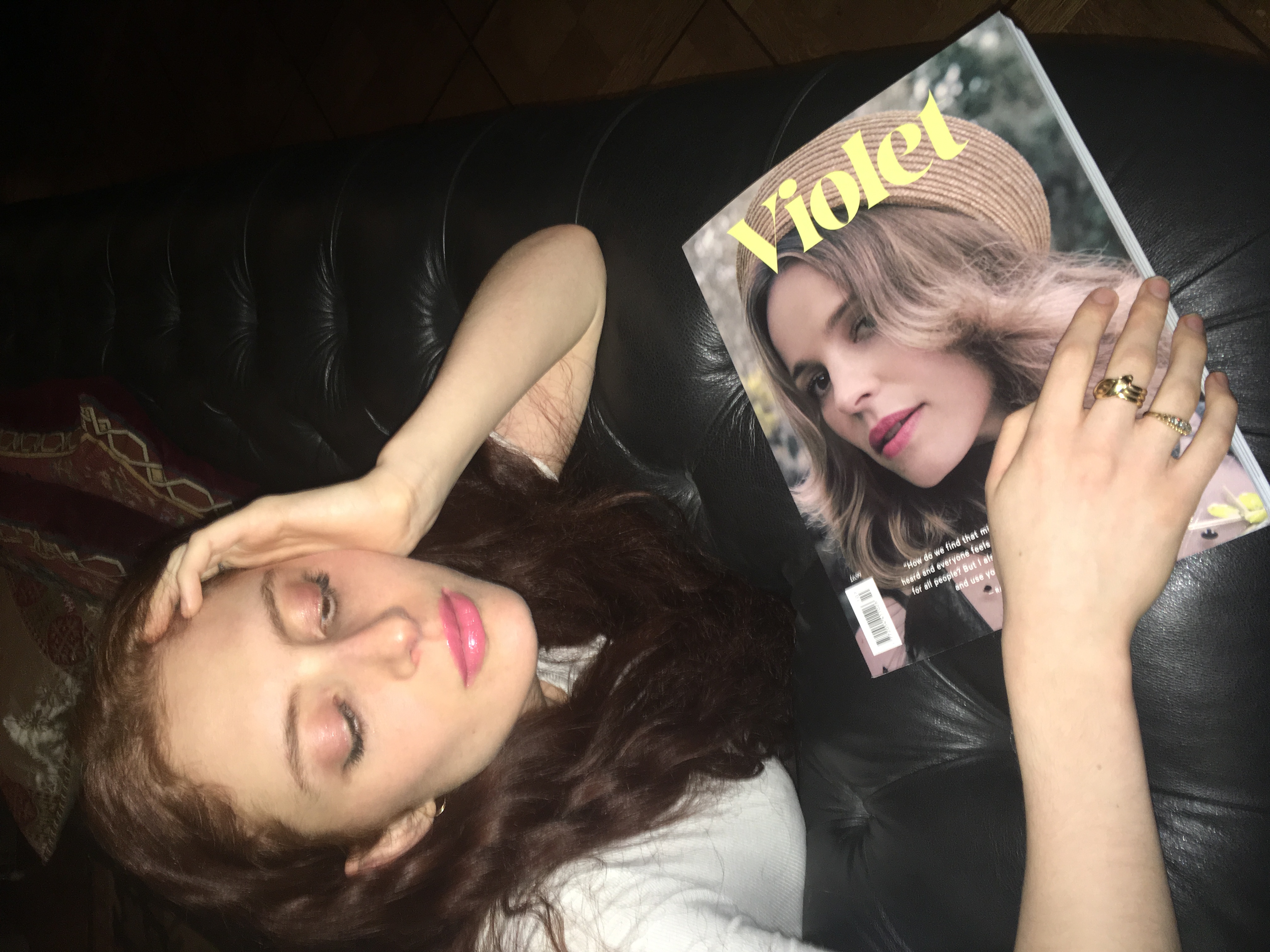 I was very proud to have two new pieces of work published in the latest issue of Violet Book magazine. Violet Book is a biannual British art and fashion magazine launched in 2014 by Leith Clark. Clark, who'd previously worked for British Vogue, and continues to work as a stylist, serves as both the founder and editor-in-chief of the magazine. She created the publication as a reaction to "the way youth is over-celebrated' and made it a part of the mandate of the magazine to commission work from female creatives feeling that the female gaze is lacking in creative fields.

For my first piece I sat down and interviewed the beautiful and brilliant Editor in Chief of Bloomsbury Publishing Alexandra Pringle. We spoke about the power of beauty, racism, travelling to Palestine, and flirting with Ted Hughes. It was such a pleasure to discover more about a woman I was already fascinated by. For the piece Alexandra was photographed by the wonderful Laura Bailey. 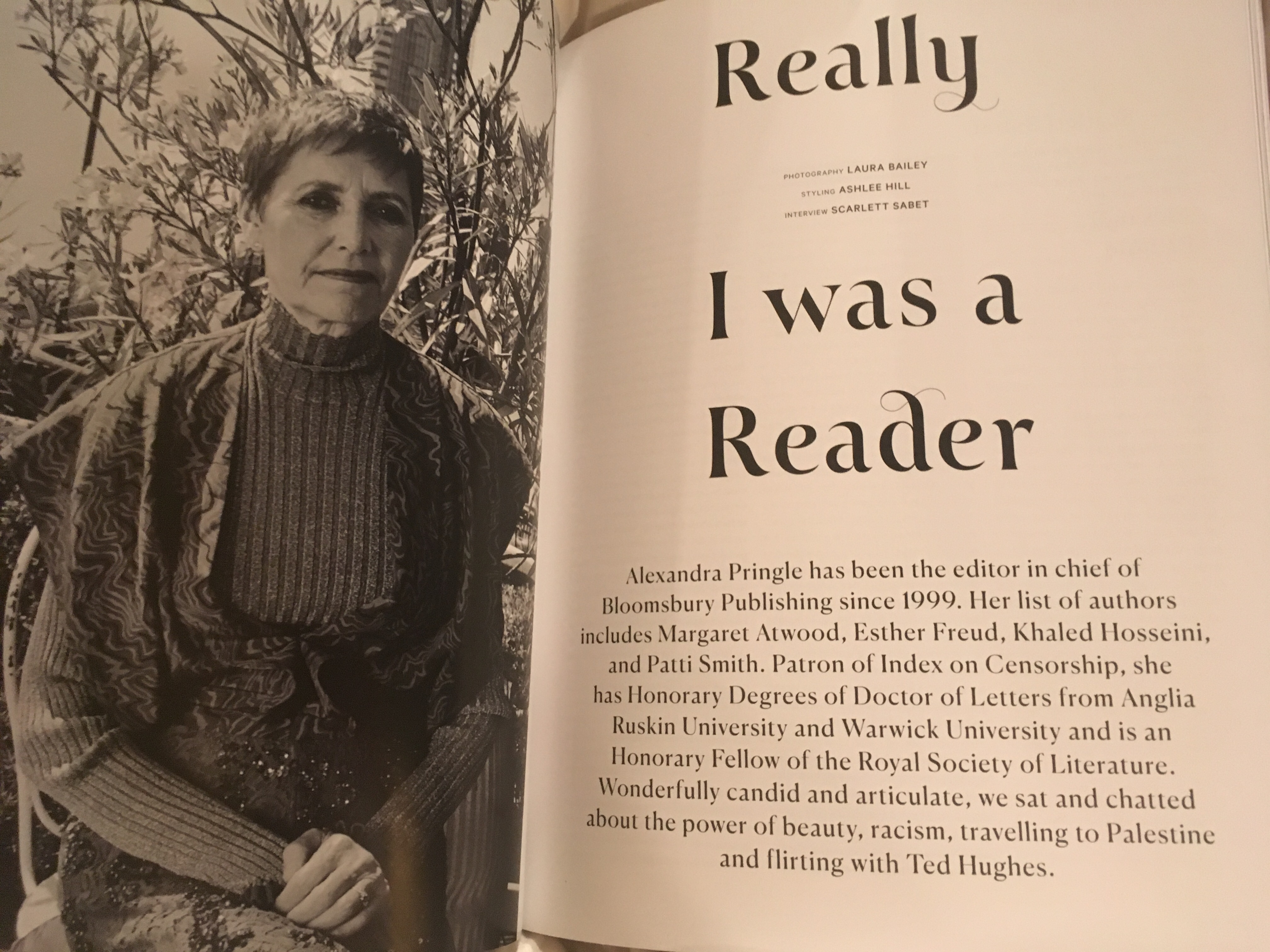 For my second piece I had the pleasure of interviewing poet Anne Waldman. I'd seen her perform at the Cooper Union in New York in 2017 with PEN, so it was a pleasure to have a one on one conversation. Speaking to me from her home in Colorado we had a very energising two hour conversation. We discussed political action and apathy, spirituality, her close friendships with Allen Ginsberg and how they came to found the Jack Kerouac School of Disembodied Poets, what it was like growing up on MacDougal Street, New York in the 50’s and 60’s, touring with Bob Dylan on the Rolling Thunder Revue, singing Hare Krishner with Mick Jagger, and her brilliant new book ‘Trickster Feminist’. Anne was so engaging and vibrant.To accompany my interview with her Anne was photographed in Colorado by Siggi Kinski.

This is Violet Book's tenth issue and the cover features actress Rachel McAdams who is also interviewed by playwright Rebecca Lenkiewicz. 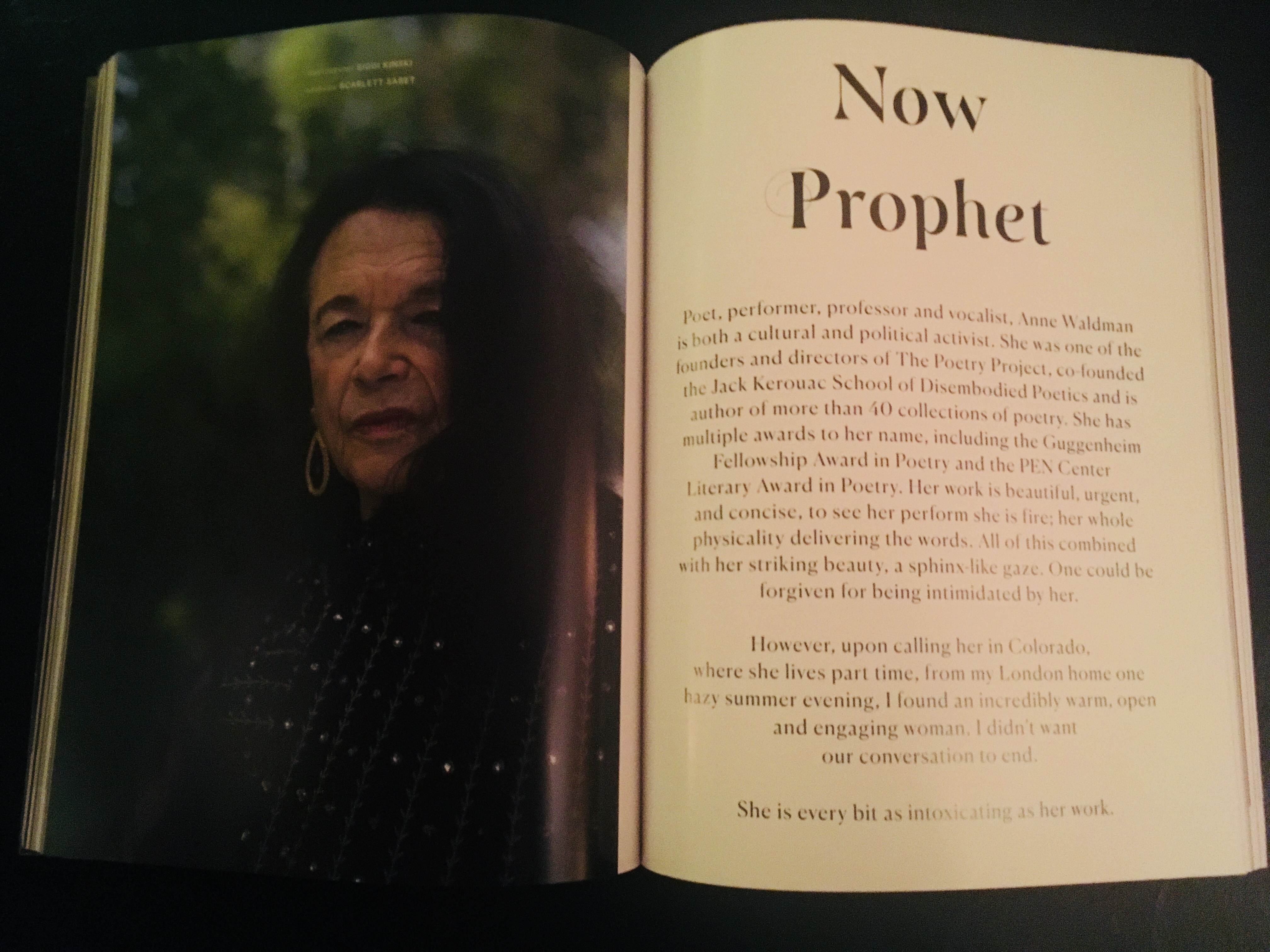